Contrary to popular belief, the world is a vegetarian’s oyster. It’s not difficult to find delicious plant-based yummies while you hop from one country to the other. Here is a list of our favorites, and trust us when we say you don’t have to be a vegetarian to enjoy them! 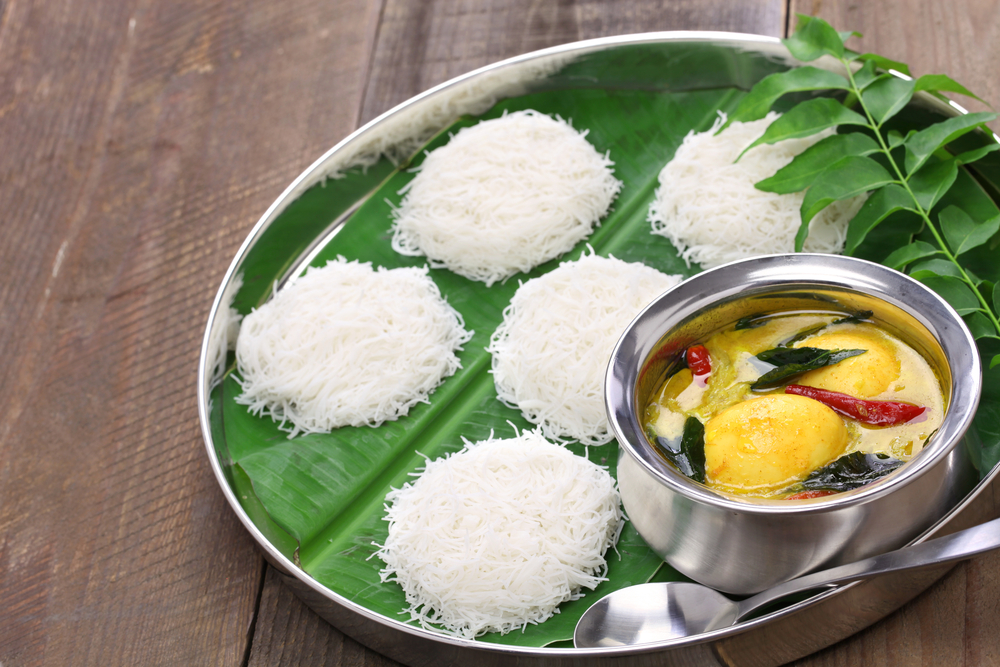 Idiyappam (string hoppers in English) are a breakfast favorite in Sri Lanka, but that doesn’t mean they aren’t eaten during any other time of the day. A string hopper looks a bit like a flat, round nest of thin spaghetti, each the size of your palm. To make them, white roasted rice flour is mixed with water and a bit of salt to make a dough and then pushed through a sieve or idiyappam press to make the strands. The little matted nests are then stacked inside a steamer, soon to be served. Simple.

String hoppers are generally eaten with pol sambol (a delicious mixture of grated coconut meat, chili powder, and lime.) Extra add-ons to your meal can be dahl, potato curry, or sweetened coconut milk. Remember to eat with  your hands for the full experience! 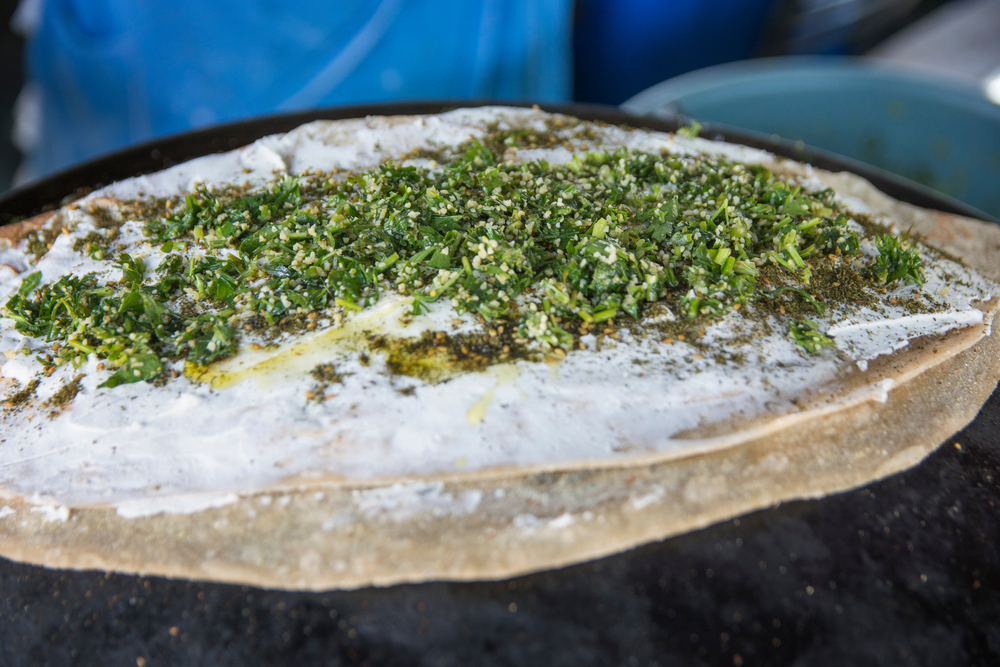 This delectable, sort of Middle Eastern wrap, is a contribution to  street food in Syria, Lebanon, Israel, and Jordan by a small Arab-speaking community called the Druze. Meat is only served during special occasions, meaning their cuisine is generally ideal for vegetarians.

Walk through an outdoor market and you will come across a small establishment with a woman in a head scarf sitting behind a convex dome-looking griddle. She will be turning out super thin, platter-sized rounds of whole-wheat flatbreads called laffa (Druze pita). On this, she will smear a layer of labneh (Greek yoghurt), along with olive oil, za’atar (a blend of dried herbs), chopped parsley, diced tomatoes, hot sauce and red pepper puree. Then she folds the whole thing into a very edible and mouth-watering open-topped wrap.

A favorite and very popular breakfast among Chinese, especially Beijingers, Jian Bing are large wheat and grain-based crepes, lathered with 2 or 3 savoury/spicy sauces and folded around an egg, green onions, and a piece of deep fred cracker known as Bao Cui.

These giant crepes get folded into an envelope shape and wrapped around with paper, so it’s easy to grab one to go on the way to work or school, or on your way home at 4:00 AM after a rough night of clubbing. Yeah, you’ll still find the carts around. The vendors know you crave it. 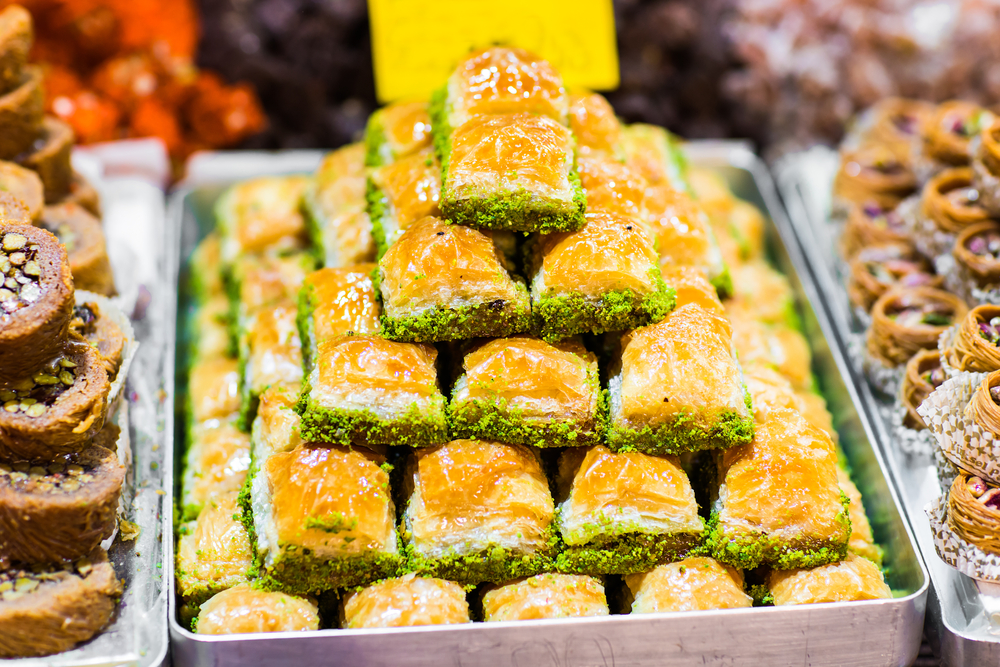 The history of baklava is a little hazy and while everyone from the Greeks to the Turks and Armenians claim that they were the first to make it (it’s that delicious!), the credit, it seems, must go to the Assyrians of Mesopotamia (a region made of modern-day Iraq, Syria, Iran and Turkey). Baklava first came to be around the 8th century BC and since then, many cultures and regions of the world have their own special versions, including the Labanese, Greeks, Iranians, Hungarians and others.

Baklava is a rich, sweet, and flaky pastry made of layers of phyllo dough filled with chopped nuts, most common being pistachios. Almonds, pine nuts, and walnuts get thrown in there too, depending on the variation of the recipe. The pastry is then sweetened with syrup made of honey, lemon, and cinnamon. These make for a great dessert after a hearty meal. 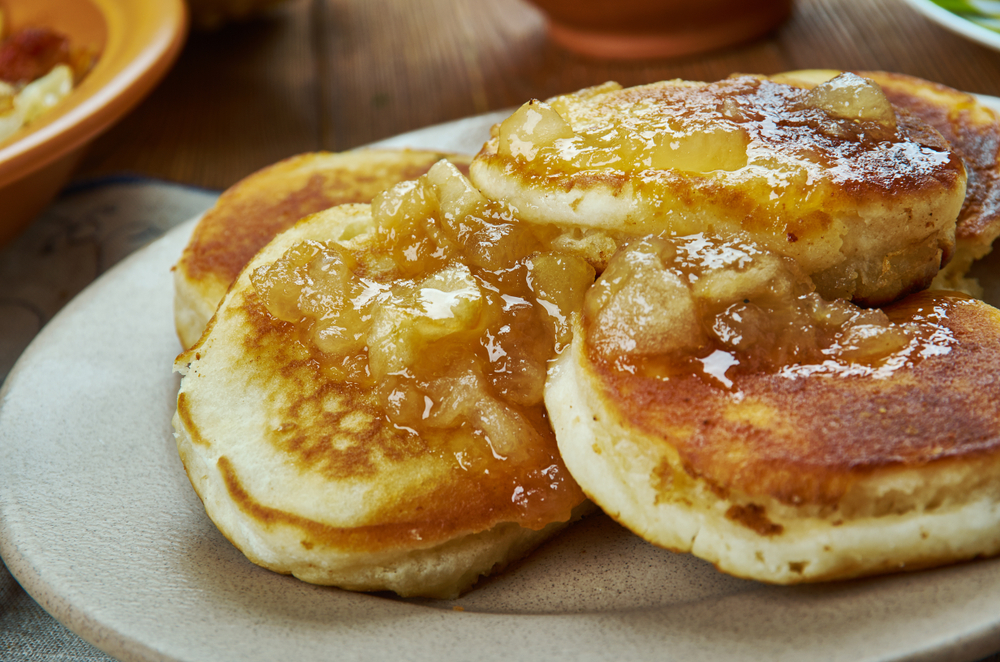 Swedish pancakes may look a whole lot like French crêpes, but they are different. Thin, eggy, and just the right amount of sweet, you can top it with absolutely anything, from brown sugar, to berries, whipped cream, jam and maple syrup. Compared to French crêpes, Swedish pancakes are lighter and fluffier as the batter has a higher milk, butter, and egg to flour ratio.

There’s also nothing wrong with eating these for breakfast, lunch, and dinner, if you ask us. And the best part is that you don’t need to go to Sweden for them – just drive by to the nearest Ikea and get yourself a frozen pack. While they’re not as good as fresh ones, they’re still delicious! 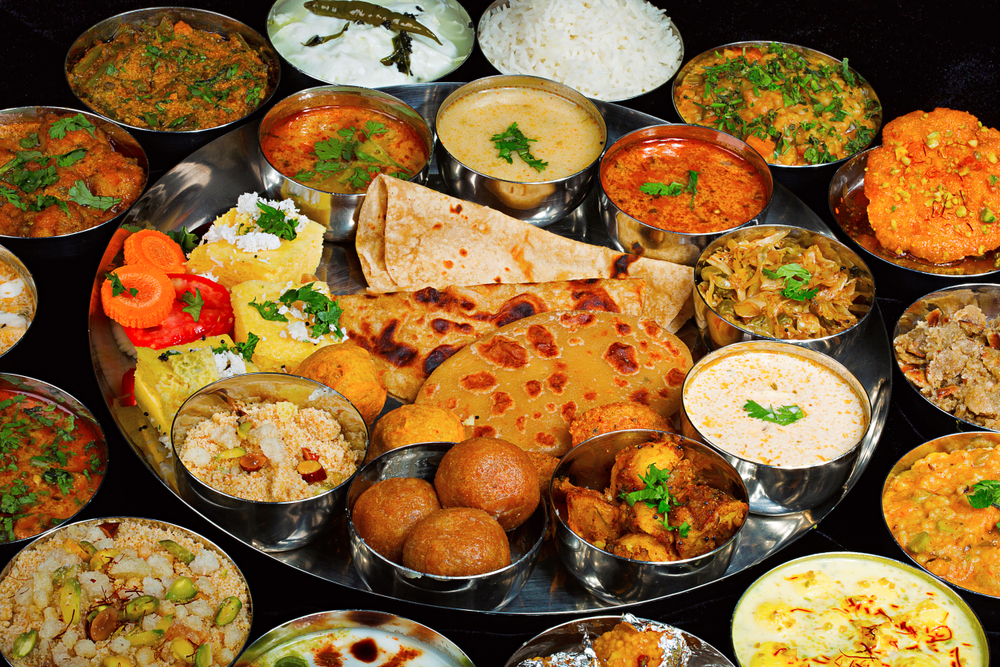 A thali is the perfect assortment of delicious Indian favorites on a single platter. The different regions of India have their own unique take on this dish, as will each different restaurant that will have their own variety of dishes for you to choose from.

Thali’s don’t have to be vegetarian but you can opt for only vegetarian dishes on yours. You will get a bit of everything, from appetizers to mains, and even dessert. Your dishes on the thali can include dahl curry, aloo gobi (potato), brinjal, papadam, mango pickle and chutney along with rice and naan, chapati, or paratha. Mix it all together, it’s really a wholesome experience. 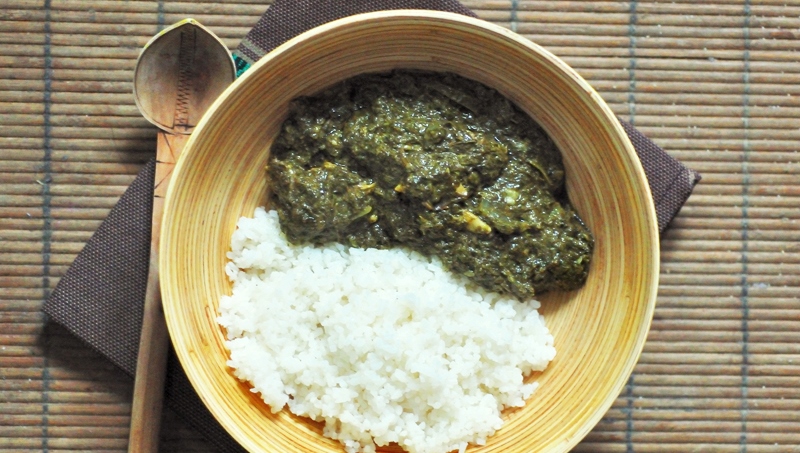 Saka saka (or pondu) is found in both the Republic of Congo and the Democratic Republic of Congo. It is a dish made of ground cassava leaves, mixed with palm oil or pam butter, onions, garlic, peppers, and okra. You can even add in peanuts, peanut butter, or other greens such as spinach.

Everything is ground together to form some kind of paste with a thick consistency and comes served with rice, bread, fried plantain or boiled yam. Simple, but a roller coaster of flavors in your mouth.

We hope that you get the chance to try every single one of these dishes during your travels around the world as they are loved by our community. Let us know if you have more suggestions to add to this list, as we would love to try them out ourselves!