Should You Go ‘Slumming’ In Your Travels?

“Slumming” is nothing new 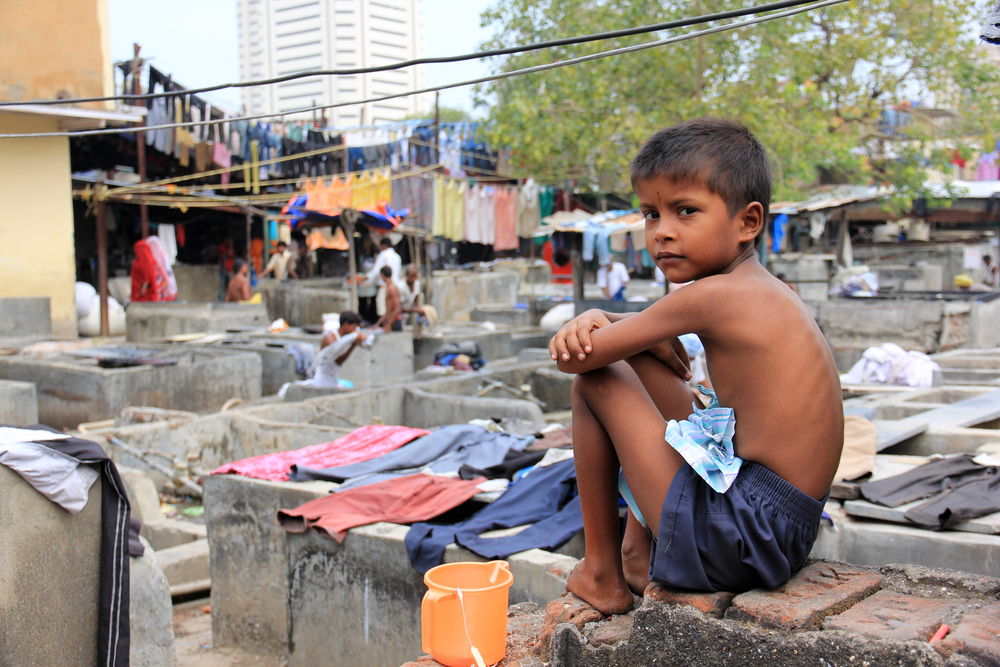 There are records of slum tourism as early as the 19th century when rich Londoners visited poor neighborhoods in order to observe how the other half lived. It even led to the entrance in 1884 in the Oxford Dictionary of the word « slumming ». It soon made its way into the US where visitors could experience the poorest parts of New York and quickly, most big cities.

These slum tours were obviously making a joke out of these neighborhoods and actively reinforcing stereotypes. However, nowadays, companies offering this type of experience are actually claiming the moral high ground.

Why are people organizing such tours?

No companies offering slum tourism could possibly be taken seriously if they were acknowledging the voyeurism and exploitation their critics often accuse them of. So, they’ve had to add moral justifications to what seems at first glance like a grim tourist attraction.

Another argument held by defenders of slum tourism is that it generates money for the community. So, not only would you learn about poverty, but you could actually help raise people out of poverty.

In 2006, Krishna Pujari and Chris Way started Reality Tours and Travel to visit Dharavi, one of the largest slums in Mumbai (which you might have heard of, since it is the place where the movie Slumdog Millionaire took place). This company gives 80% of their profits to a sister charity, “We do this because a large percentage of our income is generated through the Dharavi tours and we felt that it was right to put most of the money back,” Mr. Pujari asserts to the BBC.

If you listen to organizers of these tours, it seems like these attractions are a win-win. But are they?

Giving back to the community seems like a good intention. But are those tours really making a difference in the lives of people living in slums?

According to Forbes : « As far as who makes the money from these tours, David Ways (a travel writer at TLWH) claims that, “Tour operators promise they give money to the people there but in comparison to what they themselves are earning, it’s a pittance.” Fabian Frenzel (professor at the University of Leicester) concurred that the direct economic stimulation in the communities from these tours is negligible ».

It seems like the argument of « giving back to the community » doesn’t hold much ground and looks more like a white saviorish dynamic, rather than a real way to empower a community. According to the National Geographic, the reality is quite far from what the organizers are claiming, as a resident of Dharavi state “We see foreigners several times a week. Sometimes they come and talk to us, some offer us a bit of cash, but we don’t get anything from these tours.”

Each travel agency has its own rules, but it is safe to say that not all of them will have a positive economic impact on the communities they use as entertainment. 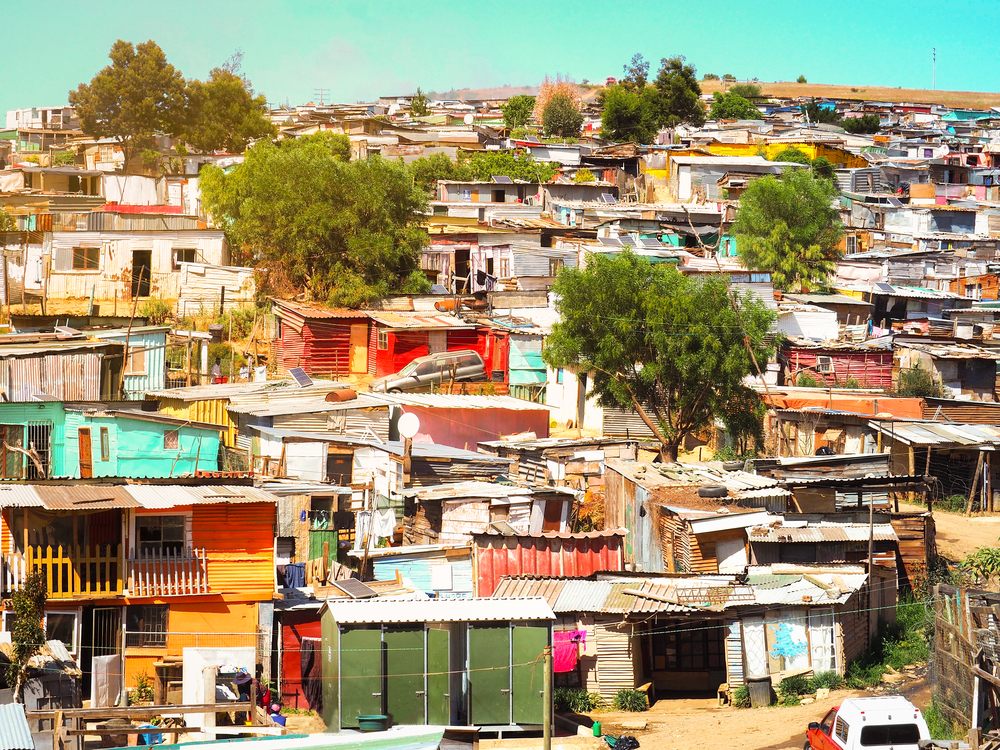 Most people defending slum tours claim it helps raise awareness about the living conditions of its inhabitants. Indeed, it can show the difficulties that people face, but it’s not just limited to that.

In fact, most tours will stop by community projects, shining a positive light on the ways the community is working towards improving the situation or even on all the small businesses that are thriving. The point is to change the perception people might have of what slum life looks like, and most importantly, o

Harold Goodwin, director of the International Center for Responsible Tourism in Leeds says in a New York Times article: « Tourism is one of the few ways that you or I are ever going to understand what poverty means. To just kind of turn a blind eye and pretend the poverty doesn’t exist seems to me a very denial of our humanity ».

If you want to educate, you need to show the whole picture

Trying to show slums in a positive light can sometimes feel a little bit counterproductive.

According to the Guardian, researchers at the University of Bath have studied Tripadvisor reviews for slum tours and the result is that most visitors seem to misunderstand the challenges faced by the population: « In recounting their experiences on Tripadvisor, the tourists regularly described the townships as productive, vibrant cultural spaces, rich in non-material assets, inhabited by happy and hard-working people. »

« Overall, the majority of reviews represented residents as satisfied with their circumstances, with several reviewers remarking that they thought the children in the townships had better lives than those from privileged backgrounds. »

Another study mentioned in the National Geographic ends up at a similar observation : « Analyzing more than 230 reviews of Reality Tour and Travel in her study, Dr. Melissa Nisbett of King’s College London realized that for many Dharavi visitors, poverty was practically invisible. “As the reviews show, poverty was ignored, denied, overlooked and romanticized, but moreover, it was depoliticized.” Without discussing the reason the slum existed, the tour decontextualized the plight of the poor and seemed only to empower the wrong people–the privileged, western, middle class visitors. »

So much for education! It seems like these tours really manage to show the slum in a positive light, which can help people get rid of some stereotypes. But if the structural issues of poverty aren’t addressed, then tourists are obviously missing a big chunk of the picture.

The main critic: the issue of voyeurism 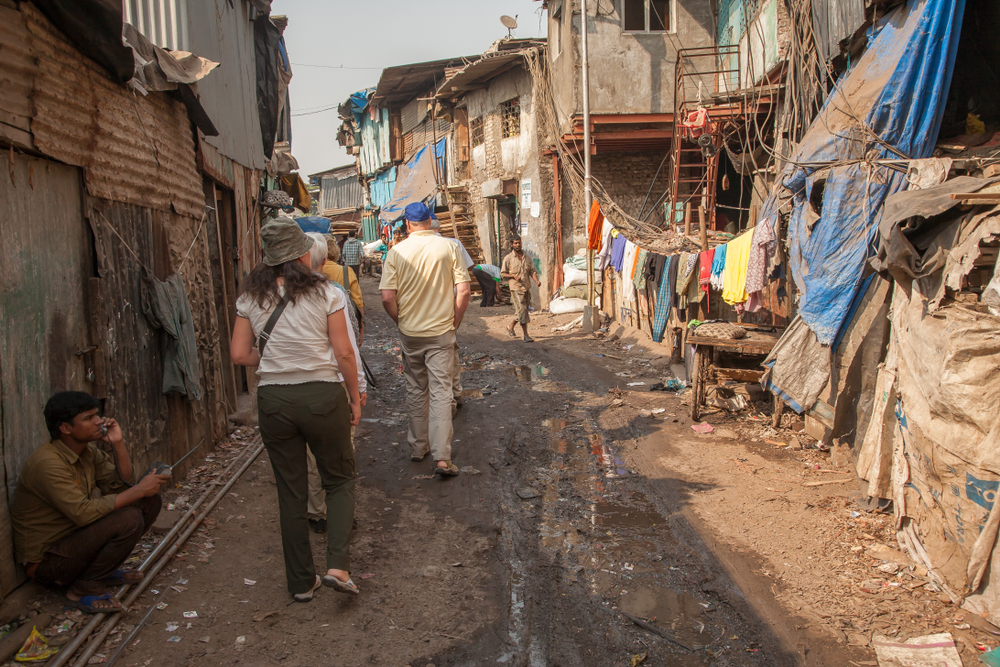 How would you feel about buses after buses of people coming to your door to observe the way you live and comment on your house, neighborhood, way of life etc.? Some companies are only allowing small groups and forbidding picture taking, but is it enough to make residents feel like they are not watched like circus freaks? Plus, not all travel companies take such precautions.

Are there cases in which it can be empowering? 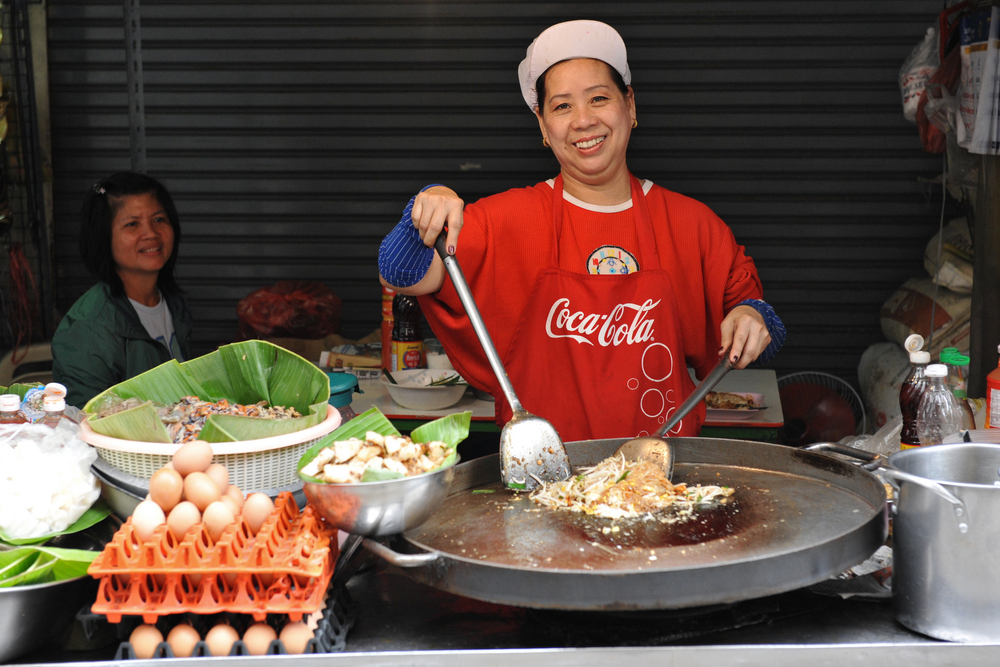 A few examples seem to contradict the negative light of slum tourism. The difference lies in a very important distinction: these kinds of tours are initiated by locals. In South Africa in the 1990’s, Black South Africans began offering tours of their own townships to raise awareness about their living conditions and point out the reality of segregation.

When the idea as well as the execution comes from the community itself, it’s a very different story. The point is to show the whole picture: it’s about fighting stereotypes as well as addressing the larger issue of wealth distribution, politics, racism etc.

Learning about the hardships of locals is important when you travel and you should absolutely do it. However, using them for your own benefit is a totally different approach.

Planning an interesting and ethical trip is not that easy and you have to think about many things in order to abide by your own moral standards. But we have to do the work to reshape the industry of tourism so that everybody can benefit from it without losing anything on the way, including dignity.