How is Covid-19 impacting our menstrual cycle?

We live in a strange time, where Covid-19 has impacted our lives in countless ways.

However, this pandemic has not affected all of us equally. Instead, it has exacerbated many previously existing inequalities.

It is worth noting that this pandemic seems to impact women disproportionately. There is one topic in particular which hasn’t been discussed as much as it should have: the impact of Covid-19 on the many aspects of menstruation.

Is Covid-19 affecting your cycle? 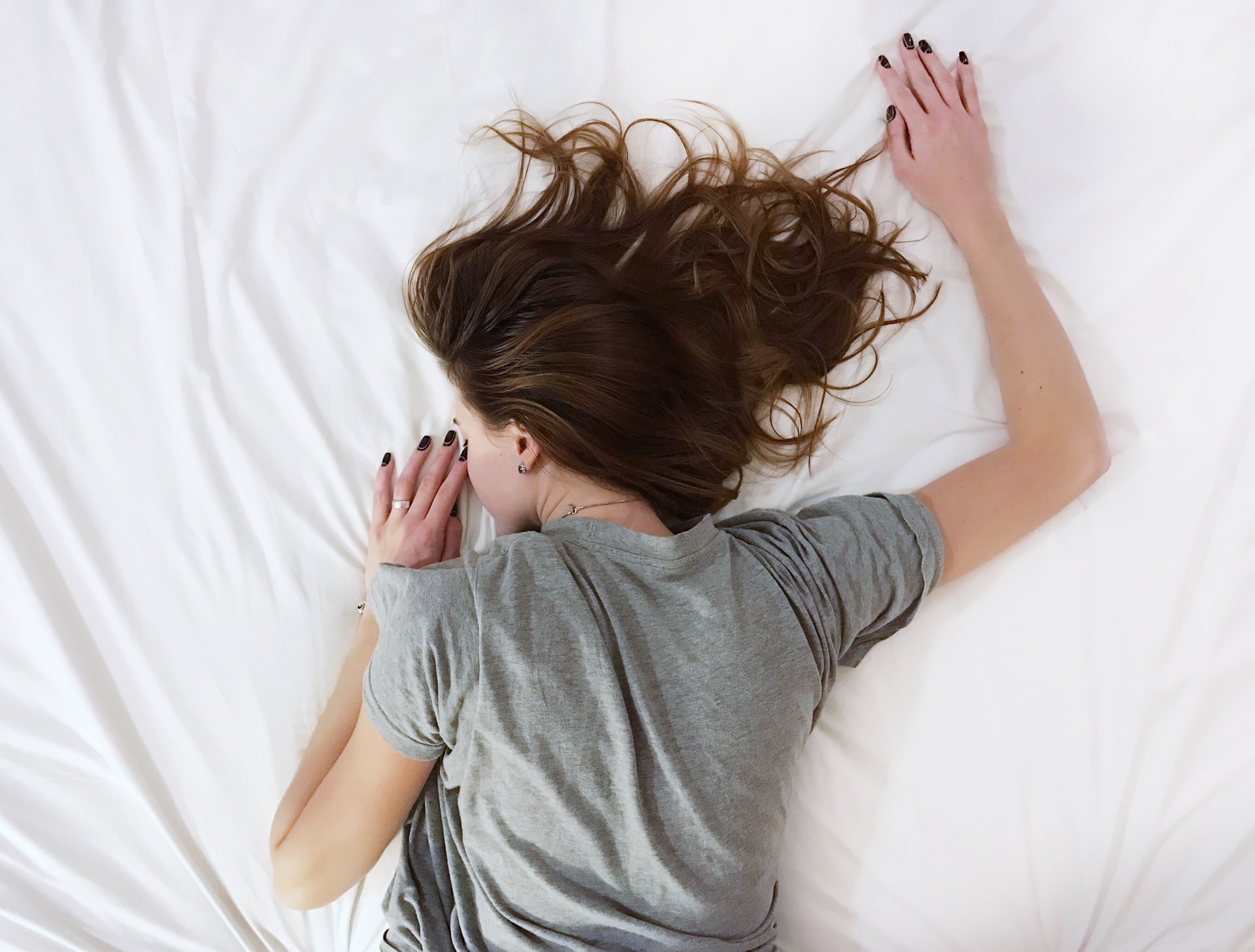 Can the Covid-19 pandemic affect your period? The answer is a definite yes! But the overall situation seems to have a greater impact than the disease itself.

As Mary Jane Minkin, a gynaecologist at the Yale School of Medicine, told the Washington Post:  “Any significant illness can throw the menstrual system out of rhythm, I’d be reluctant to say this is particularly related to the Covid virus, per se; it’s related to being sick in general.” Multiple factors can cause stress and the way you experience your period: fear of the disease, lockdowns, curfews, economic crisis and uncertainty of the future.  These are only some of the factors that can interfere with your regular ovulatory cycle.

In the vast majority of cases, it’s nothing to worry about. If you are worried, check in with your doctor, because peace of mind is exactly what you need now! But if managing your cycle when you are stuck at home can be difficult, doing so as a front line worker is a whole other thing. 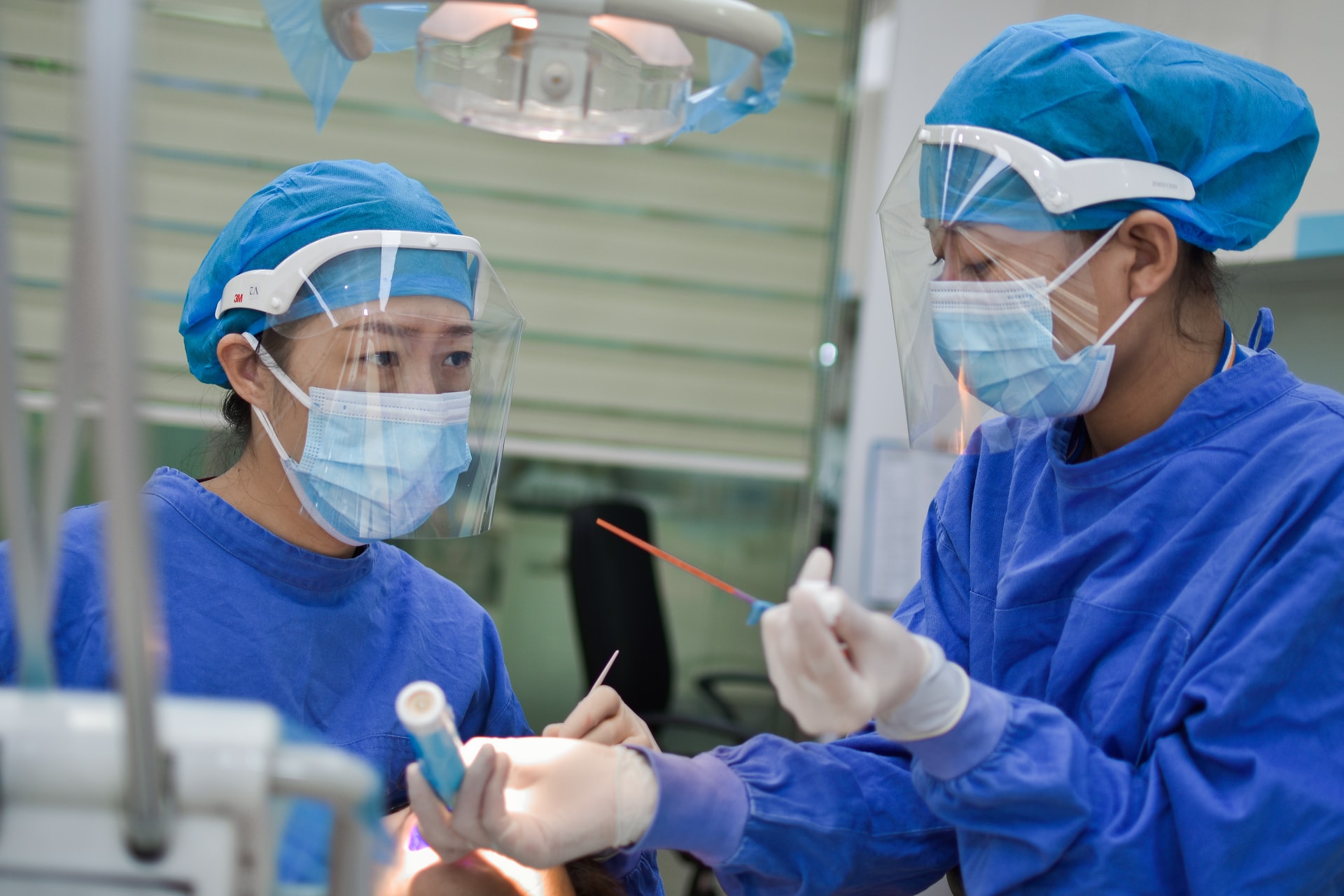 Soon after the outbreak of the virus, all eyes were on Hubei province, and specifically its capital, Wuhan. To fight the disease, thousands of medical workers from all over China were sent to Hubei to support the local staff.      Half of the doctors and 90% of the nurses were female. While the media praised their heroism, there is one aspect of their lives that was hardly ever addressed: how did they manage their period?

The severe lockdown of Wuhan meant no one was getting in or out, and only “essential goods” could enter the city. However, with so many more females in the area fighting coronavirus, the supplies of menstrual hygiene products quickly ran out. As it turns out, those supplies didn’t make the cut as “essential goods”.

Many health workers resorted to continuously taking the pill to avoid menstruating, or wearing diapers to manage their 10-hour shifts. Video footage showed women who kept working despite visible blood stains, for lack of a better option. Donations of menstrual hygiene supplies didn’t seem to be on anyone’s mind. Indeed, according to a South China Morning Post article, the topic was raised on social media: “Does anyone care about female health-care providers’ needs for sanitary pads and disposable underwear? Donations of these items have been rejected.”

After an outcry on social media calling authorities to take action, sanitary pads and pants were finally considered essential goods. Companies and individuals also started donating to the hospitals so the workers could manage their period safely and with dignity.

Menstruation in China, just like in most places, is considered a private matter. Which means that they are not always taken into consideration even in a state of emergency.

The Neglect of female essential items 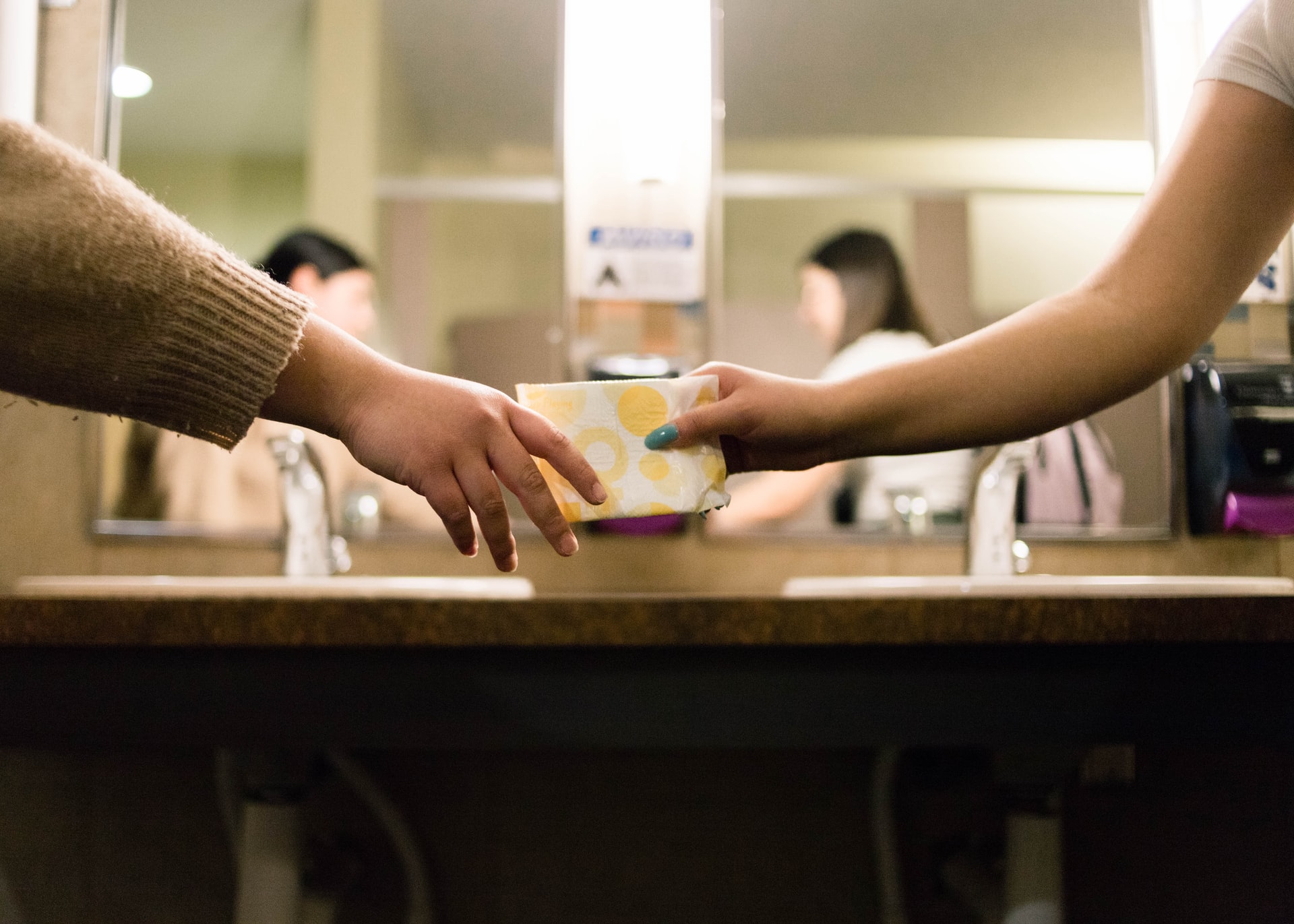 The case of the Chinese front line workers was a clear mismanagement of the crisis, but it was certainly not an isolated incident.

In March 2020, the Indian government declared a nationwide lockdown. Several industries were shut down and manufacturing was stopped. The list of “essential goods” allowed some industries – deemed essential – to keep functioning as usual. The problem? There was uncertainty as to whether menstrual hygiene products were essential. Meanwhile, manufacturers stopped producing, shops ran out and the whole supply chain was interrupted.

Finally, after being called out for forgetting the needs of people who menstruate, the government issued a modification for lockdown measures.  This removed obstacles for the production and supply of sanitary products.

In France, the lockdown rules stated that you could only go outside for a few very specific reasons, including to buy essential items. However, several men and women reported on social media being arrested and fined for going outside to buy menstrual hygiene supplies. Police officers seemingly considered this a violation of the lockdown rules. If those products were indeed included in the list of essential goods, this was obviously unclear to the zealous officers.

Wherever these stories are located, the issue seems to be the same: menstruation is seen as so private that the needs of menstruating individuals simply get overlooked. However, being able to properly manage your period is a question of public health, and should therefore be treated as such. 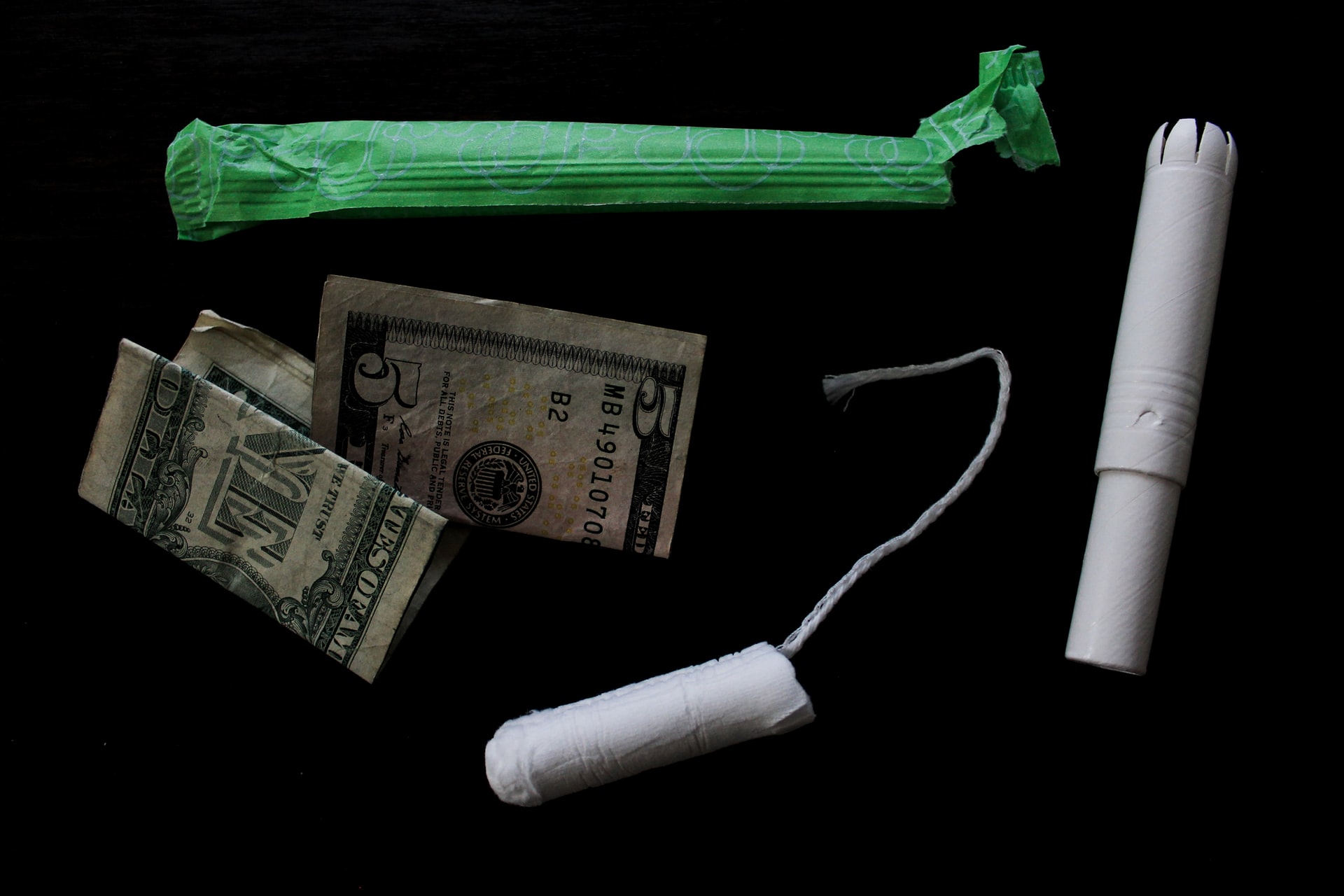 Menstrual cycles can be affected by situations, and leaders have often failed to take the specific needs of women and trans men into consideration. But there is another indirect consequence of this pandemic: poverty. And poverty leads to period poverty.

Period poverty refers to the inaccessibility to sanitary products, toilets, clean water and soap, education about hygiene during your period, etc. because of financial difficulties. The pandemic is worsening an already alarming situation. The problem comes from the loss of income, as well as an increase in the price of hygiene supplies.

According to Rose Caldwell, chief executive of the charity Plan International in a Forbes article: “We already know that the coronavirus outbreak is having a devastating impact on family finances all over the world, but now we see that girls and women are also facing widespread shortages and price hikes on period products, with the result that many are being forced to make do with whatever they can find to manage their period. This can pose a real threat to their health and may increase the risk of infection.”

According to the International Monetary Fund projections,  the pandemic will push millions of people into extreme poverty. This means that organizations supporting the most vulnerable will most likely see an increase in the number of their beneficiaries. But will they be able to provide enough supplies?

This situation is not just about whether or not you can get the supply you need to manage your period safely and with dignity. It is also about getting the information on how to do so. With lockdown measures and school closures, getting helpful information about dealing with your periods has become increasingly hard for young people. 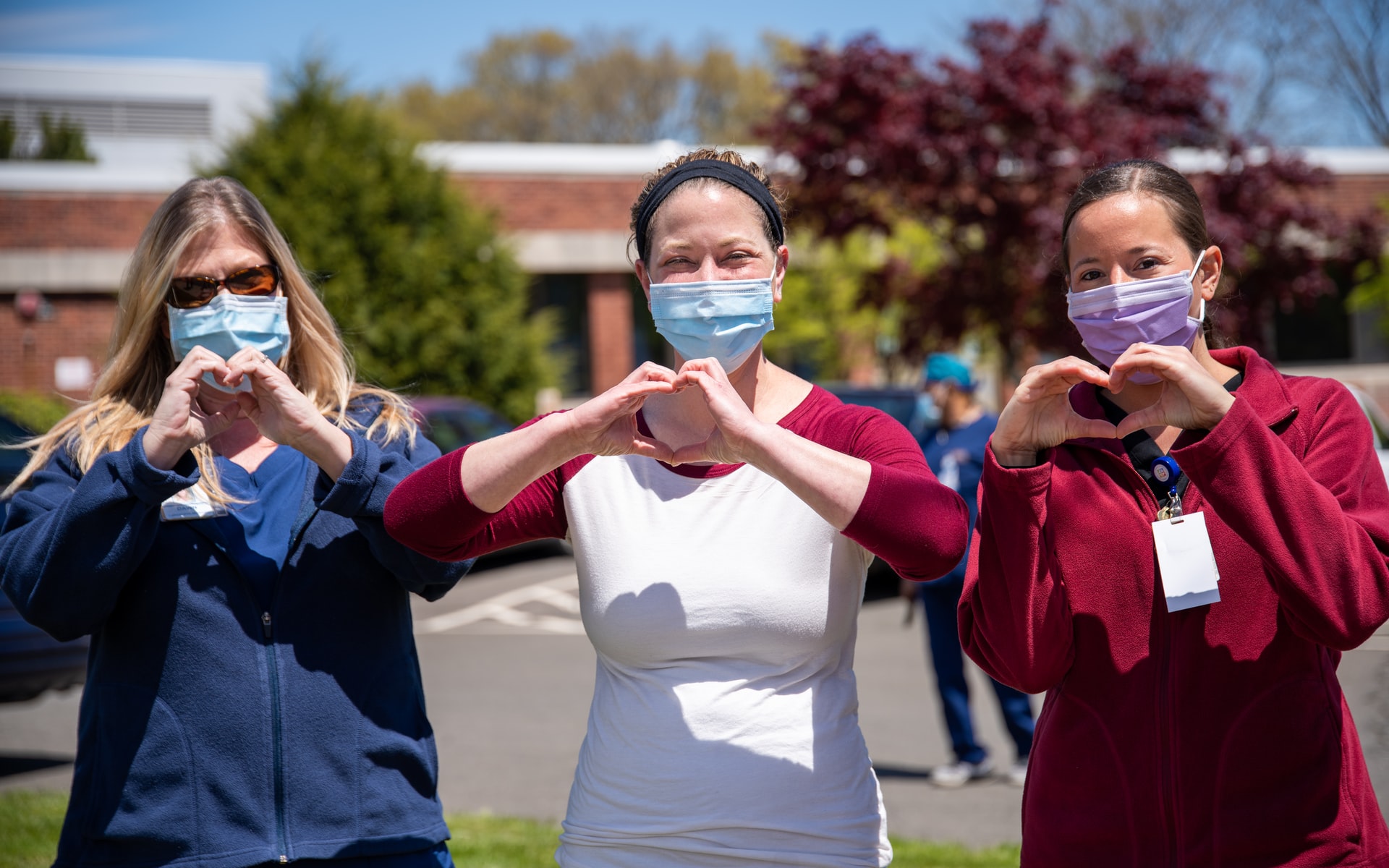 So far, there is no definitive research on how SARS-CoV-2 directly impacts our menstrual health or the pandemic stress. However, the fact that this topic is far too often overlooked generates anxiety. Society still views menstruation as a private issue shrouded in mystery and shame. We need to change this, so the people at the top of the decision making process (who, let’s face it, are seldom people who menstruate!) never neglect this again.

If you are able to do so, think about period supplies next time you donate to an organization helping the less fortunate.

And let’s talk about our period more freely! The more we talk about it, the more we can manage the stigma around it. There is nothing to be embarrassed about, because this issue is a question of health as well as dignity.

Interested in learning more about this topic? We recommend the following sources.