The Top 5 Archaeology Sites to Visit in Greece

Greece is a beautiful country filled with phenomenal archaeological sites that are vital to our understanding of modern history. Greek sites interweave mythology, major events, and daily life in a way that has captivated archaeologists for centuries. Now, many of the sites are in ruins, but they are still beyond incredible to behold. Below, I’ve compiled a list of what I think are the 5 most can’t miss archaeological sites in Greece.

Where: Olympia, Elis
Cost: About 9€, which includes the site and museum.

Ancient Olympia is where the Olympic Games were played every 4 years beginning in 776 BC. These games were much different than the Olympics of today, they were a religious festival in honor of Zeus. Athletes were male and would compete in the nude. Games included boxing, chariot racing, long jump, pankration, running, and wrestling, to name a few. Spectators were also male and would come from all over the Mediterranean to watch the games and take part in a huge sacrifice to Zeus on the third day of the games, which was essentially a giant BBQ.

At Ancient Olympia, you can visit the Temple of Zeus, the Altis, the Temple of Hera, the Nymphaioin fountain, the Workshop of Pheidias, the Roman Hot Baths, and the Olympic Stadium. The Altis is especially awesome because it once housed the Statue of the Olympic Zeus, one of the 7 Wonders of the Ancient World, though it has, unfortunately, been lost to history.

Olympia is relatively flat, so you don’t really have to worry about footwear. Depending on the time of year, you might want to take a jacket for your visit. Sneakers are encouraged if you plan on running the original track!

Where: Delphi, Phocis
Cost: About 12€, which includes the site and museum. 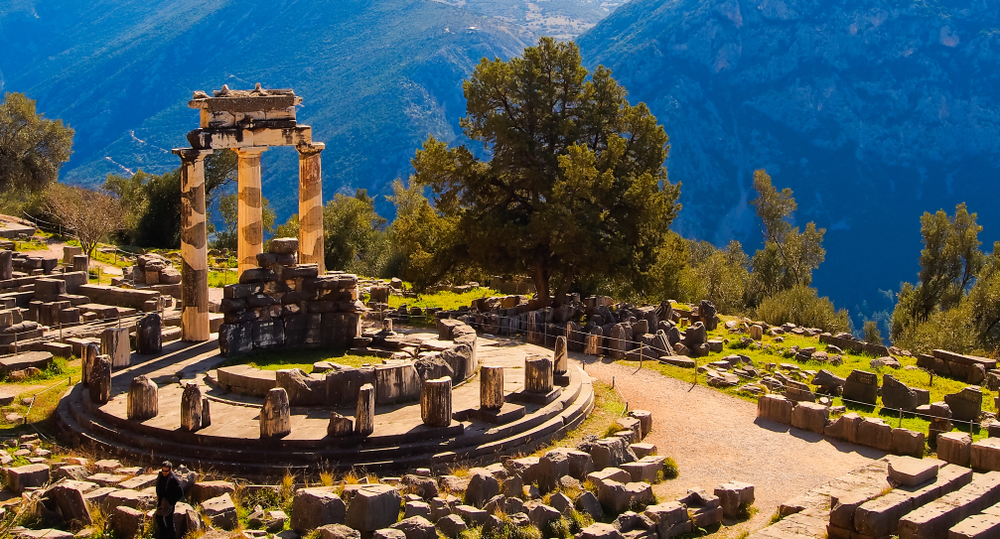 The archaeological site of Delphi lies along the slope of Mount Parnassus. Known as the navel of Gaia, Delphi grew incredibly prosperous because many Greeks believed it was the center of the world. Being the center of the world gave Delphi a major leg up economically, as other cities decided to use the area to place treasuries. Myth also suggests that Apollo slayed some sort of snake or dragon at Delphi, making it a panhellenic sanctuary. Beginning in 586 BC, athletes from all over the world would come to Apollo’s sacred precinct of Delphi to compete in the Pythian Games.

Major structures at Delphi include the Treasury of the Athenians, the Treasury of the Siphnians, the Ancient Theater of Delphi, the Dome of the Athena Pronaia, and the Temple of Apollo at Delphi. The Temple of Apollo at Delphi is particularly interesting, as it was home to the Pythia, or Oracle of Delphi, who was a young woman chosen by the priests of Apollo to make prophecies. The Pythia would have been the most powerful woman in the classic world.

As Delphi is on a mountain, it can get rather chilly. Make sure to pack a windbreaker or wear sleeves/pants and sturdy shoes, as you will be walking!

Where: near Mykines, Argolis
Cost: About 12€, which includes the site and museum. 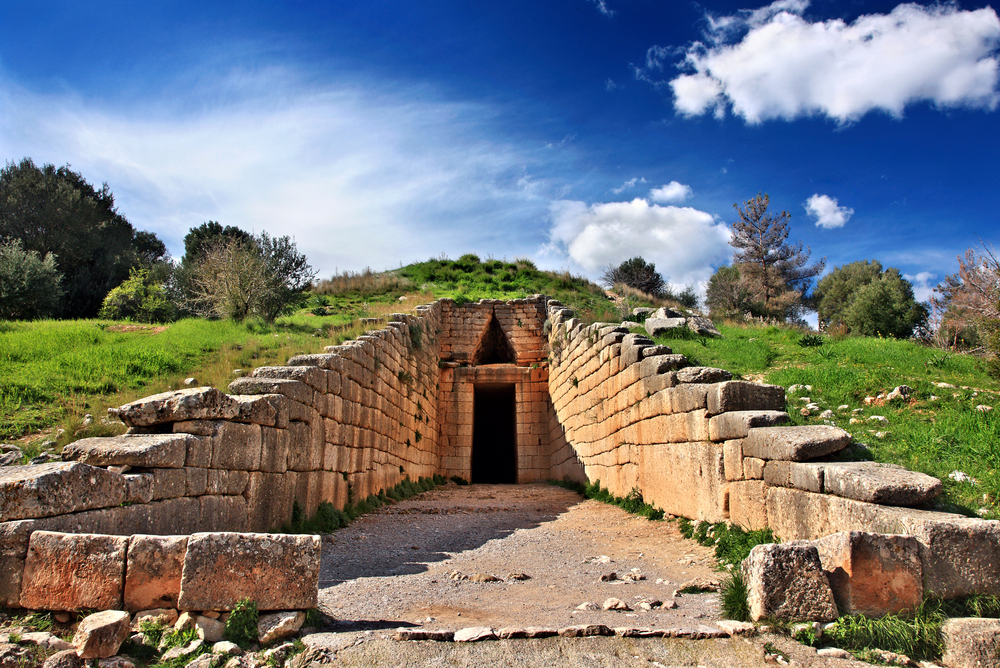 Known as the golden city, Mycenae is a large archaeological site near Mykines. Mycenae is important in mythology because it was said to have been founded by Perseus, who famously vanquished Medusa. After a few generations, a new family took up the throne, which led to Agamemnon taking up the throne. If you’ve read the Illiad or know anything about the Trojan War, Agamemnon led the Greeks and even sacrificed his own daughter to win the 10-year war against the Trojans.

Historically, Mycenae was a large and prosperous city, dominating much of southern Greece, Crete, and the Cyclades from around 1600 to 1100 BC. At Mycenae, your visit begins walking through the iconic Lions Gate. You will also be able to visit the Treasury of Atreus, which serves as the tomb of Agamemnon, and the Wall of Tiryns, which was praised by Homer in his epics for its strength.

A visit to the site will take the majority of a day and requires lots of walking, so wear sturdy shoes.

Where: Delos, Mykonos
Cost: About 12€ for the entrance plus the cost of the ferry from Mykonos (price varies). Guided tours begin around 50€, some of which include ferry cost. 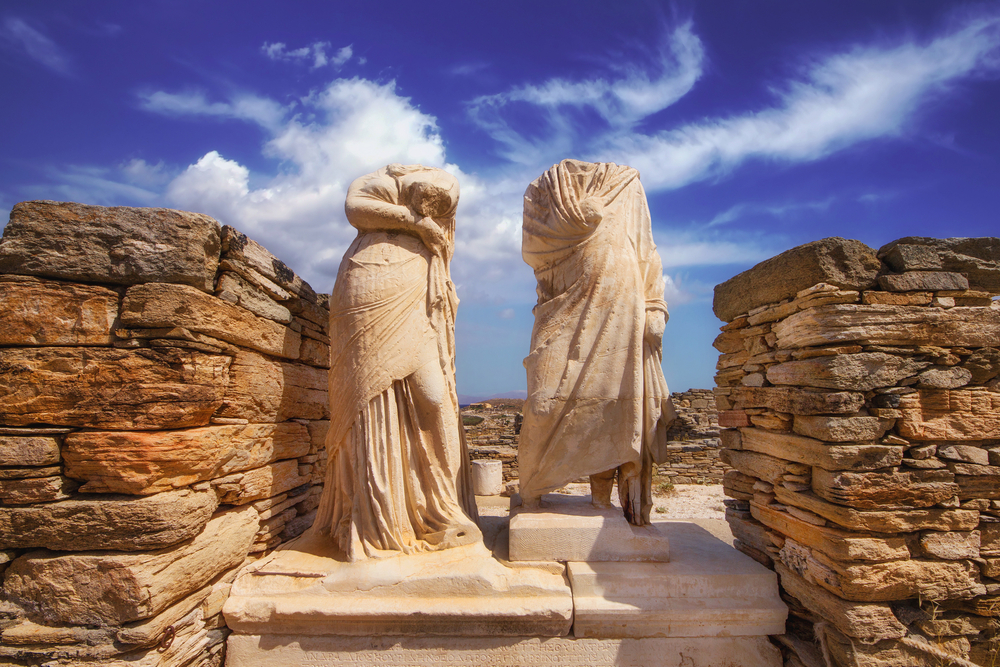 Delos is a UNESCO World Heritage site that spans an entire island in the Cyclades. Mythology tells us that twins Apollo and Artemis were born on Delos, making the island sacred. Because of this, no mortal is allowed to be born or die on the island. Evidence suggests that habitation of the island began around 3000 BC, with the population really booming between 1580 and 1200 BC.

Delos is home to many incredible structures, including the Terrace of the Lions, House of Dionysus, House of Kleopatra, Temple of Hera, and the Temple of Isis. Many of the Houses on the island are decorated with exquisite mosaics. Phallic statues are scattered throughout the island, which are characteristic of the Dionysiac cult that once thrived there.

A visit to the island can take hours, with the ferry taking approximately 30 minutes each way. Delos gets hot, so dress comfortably and wear suitable shoes.

Where: Central Athens
Cost: About 20€, which includes a number of other archaeological sites in Athens 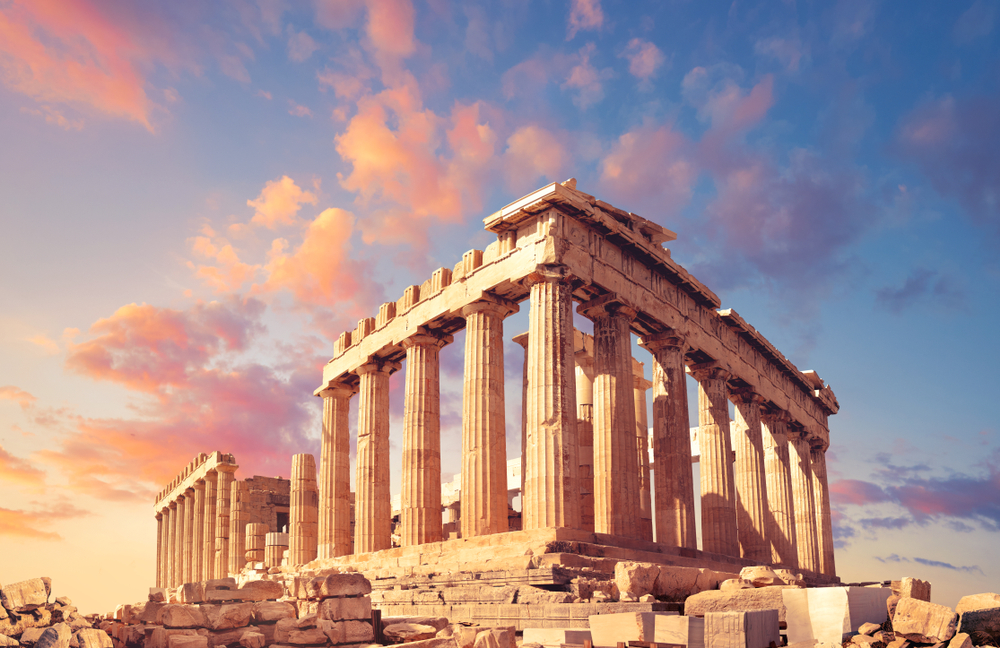 Acropolis roughly translates to city top or citadel. The Acropolis in Athens is arguably the most iconic archaeological site in Greece, which might be why millions of people visit the site each year. The Athenian Acropolis rises nearly 500 feet over the rest of the city and has a surface area of nearly 7 ½ acres, which is huge! The Acropolis is a complex made up of many buildings, 4 of which are still standing today. These buildings date from the 5th century BC, so they’re a couple thousand years old!

The Parthenon is a temple that was built for Athena, for whom the city of Athens was named. At one time, a 30-foot tall ivory and gold statue of the goddess stood inside the Parthenon. The Temple of Athena Nike is a small marble temple on the southwest corner of the Acropolis. It’s no surprise that the temple was dedicated to Athena Nike, and citizens would visit the temple in hopes of victory in war. The Propylaia is a monumental gateway that stands on the west side of the Acropolis at the entrance to Athena’s sanctuary. Entrance to the Acropolis was controlled by the Propylaia, which was especially important since the treasury was on the Acropolis. Finally, we have the Erechtheoin, which is where Athena and Poseidon supposedly disputed the patronage of the city. Essentially, the Erechtheoin tells the story of Athens, making it incredibly special.

Visiting the Acropolis will take some time! It’s best to go early in the day to avoid most of the foot traffic.

The sites listed here barely scratch the surface of all of the amazing archaeological sites in Greece, but they are a great start! Every site is incredibly unique, which is probably why so many visitors trek back to Greece time and time again to take in the amazing history in this classic destination. 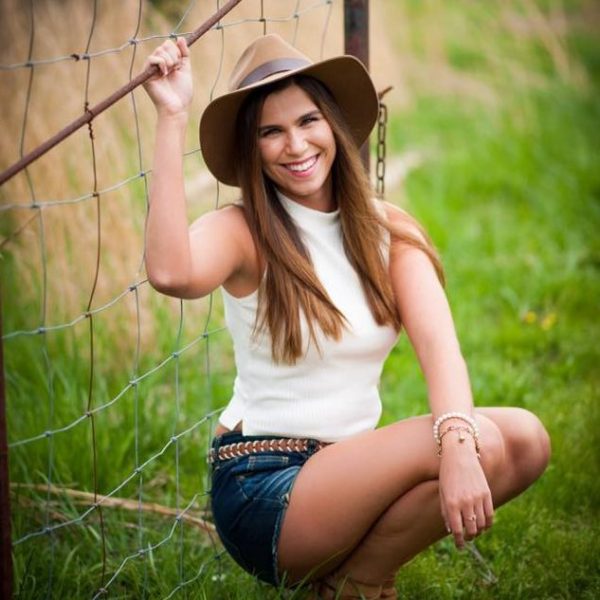 Originally from Kentucky, Katie-Beth Gamblin is a freelance writer and blogger behind www.herlifeinruins.com. KB is a trained archaeologist, lover of history, and passionate traveler.

When she isn’t on site or on the road, you can find Katie-Beth hanging out with her dog, Indiana Jones.