What to read/watch/listen to before traveling to Northern India

What to Watch, Read, and Listen to before Traveling to NORTHERN INDIA AND THE HIMALAYAS

India is such a vast, diverse, and vibrant country that it offers endless exploration. On our Meetup Tour to Northern India, your local guide will give you an insider’s view into the bustling cities, ancient wonders, and breathtaking monuments like the Taj Mahal. But with so much to discover, why not get acquainted with India before your departure?

Below are a few of our favorite books, movies, music, and video clips that begin to scratch the surface of India’s beauty, history, and modern culture.

Books to read before TRAVELING TO Northern India and the HImalayas

THE WHITE TIGER
By Aravind Adiga

THE INHERITANCE OF LOSS
By Kiran Desai

THE SPACE BETWEEN US
By Thrity Umrigar

The White Tiger follows a darkly comic driver in Bangalore through the poverty and corruption of modern India’s caste society. Over the course of seven nights, by the scattered light of a preposterous chandelier, Balram Halwai tells us the terrible and transfixing story of how he came to be a success in life—having nothing but his own wits to help him along. Born in the “dark heart” of rural India, Balram catches a lucky break as the chauffeur for a wealthy family. Soon, he becomes ensnared in the family’s corruption, and his ambition to escape a life of poverty leads him down a dark and dangerous path.

In a crumbling, isolated house at the foot of Mount Kanchenjunga in the Himalayas lives an embittered judge who wants only to retire in peace, when his orphaned granddaughter, Sai, arrives on his doorstep. The judge’s cook watches over her distractedly, for his thoughts are often on his son, Biju, who is hopscotching from one gritty New York restaurant to another. Kiran Desai’s brilliant novel, published to huge acclaim, is a story of joy and despair. Her characters face numerous choices that majestically illuminate the consequences of colonialism as it collides with the modern world.

This poignant novel about a wealthy woman and her downtrodden servant offers a revealing look at class and gender roles in modern day Bombay. It follows the close but unusual bond between Sera, a Parsi widow whose pregnant daughter and son-in-law share her elegant home, and Bhima, the elderly housekeeper who must support her orphaned granddaughter. Through their triumphs and tragedies, Sera and Bhima always shared a bond that transcended class and race; a bond shared by two women whose fate always seemed to rest in the hands of others, just outside their control. 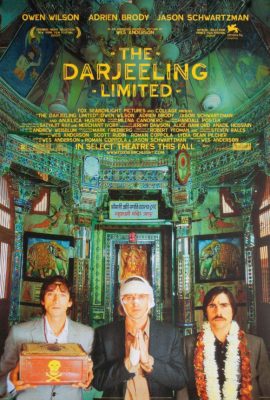 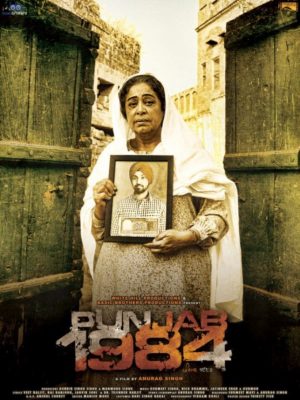 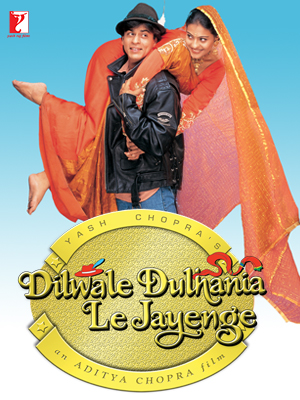 Monsoon Wedding follows a Delhi family’s frantic preparation for the marriage of their only daughter, Aditi, to a computer programmer from Houston. This 2001 hit has a bit of everything: comedy, drama, music, and of course, all the decadence of a traditional Indian wedding!

Three estranged brothers reconnect on a journey through India a year after the death of their father. This film showcases the starkly beautiful hills of Northern India, as well as the romance and surprises of train travel, with a colorful Wes Anderson flair that’s sure to get you excited for your visit.

A woman searches for her missing son, who has been misjudged and labelled a terrorist, during the 1984 anti-Sikh riots. This award-winning film sheds light on one of the darkest periods of India’s recent history and the tension between its diverse ethnic groups.

This beloved Bollywood classic is an essential introduction to the genre; it’s also the longest-running film in India’s history, airing in theaters for over 25 years! It features a classic hatred-turned-romance and an arranged marriage love triangle. The movie’s most famous romance scene will have you searching for the nearest field of mustard flowers outside of Delhi for a photo op!

Guru Randhawa is one of the biggest names in Indian pop music today, shooting to stardom after his debut in Hindi Medium. We can’t get enough of this party anthem and Nora Fatehi’s incredible dance moves!

Singer Neha Kakkar is the reigning queen of Bollywood vocals. The romantic ballad “Oh Humsafar” is one of her classics, but there’s much more to explore!

Raja Kumari is a bad B if we ever saw one. Previously a songwriter for Gwen Stefani and Iggy Azalea, this Indian-American artist now performs a mesmerizing blend of West Coast rap and Indian influences under her own name. She even has her own record label, Godmother Records.

An absolute legend of Bollywood, Asha Bhosle has recorded more than 11,000 songs in 20 different languages, landing her in the Guinness Book of World Records. This popular number from the ’90s will make you want to dive head-first into the world of Bollywood.

Watch Videos to watch traveling to NORTHERN INDIA AND THE HIMALAYAS

Explore daily life, sacred rituals, and stunning scenery along the Ganges River—the physical and spiritual heart of India. This documentary features gorgeous photography that will make you wish your trip could start right now.

Whether it’s Kashmiri waazwan, Kakori kebabs from UP, Delhi’s butter chicken, or Chandigarh’s chole bhature, these are some local and authentic dishes from states of Northern India that you should definitely try. Don’t watch hungry, because this video will have your mouth watering in anticipation of your trip!

During your journey in India, you’ll experience desert glamping and authentic cultural connections in the Thar Desert. Uncover the strange beauty of this region in Part 1 of the Wildest India miniseries—from the sunbaked desert, to the Temple of Rats, to city-loving monkeys that are as mischievous as they are cute.

*Some of the links on this page are affiliate links, which means we make a small commission if you purchase something. It costs you nothing and every penny goes to improving and operating our free community, The Network.