In the last few years, you have probably heard of cultural appropriation. But do you really understand what this debate is all about? From Victoria’s Secret models walking the runway wearing Native American headdresses to you wearing a piece of traditional jewellery acquired from your most recent trip overseas, where can we find the line between what is acceptable and what isn’t?

If the basic concept is quite easy to understand, the difficulty in grasping what it really means lies in the details, and even more, in the context. You are not entirely certain how to navigate this sensitive issue? You want to make sure you’ll be able to avoid any pitfalls during your next trip? Here are a few things you should know about cultural appropriation.

What is cultural appropriation? 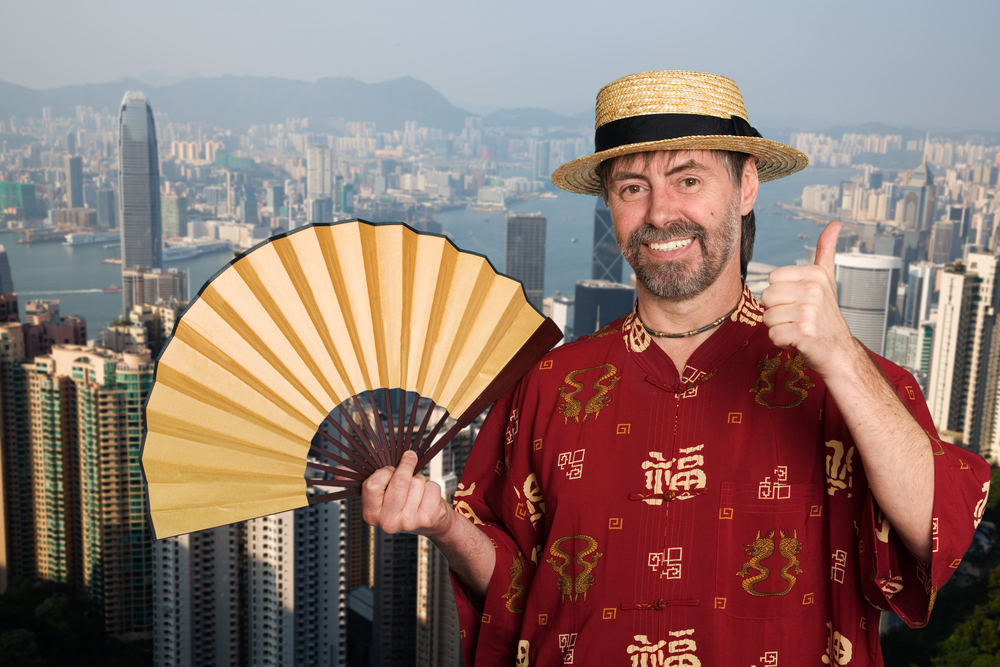 If this photo makes you cringe, then we are off to a great start! Let’s start with some definitions. The Oxford Dictionary defines cultural appropriation as: “the unacknowledged or inappropriate adoption of the customs, practices, ideas, etc. of one people or society by members of another and typically more dominant people or society.”

If you want to be thorough, here are a few more definitions which will help you understand the whole debate:

In the end, in order to know whether borrowing an element from another group’s culture is acculturation, exchange or appropriation, you need context.

To understand the difference between cultural appropriation and acculturation, let’s take an example from the same author, about the use of the English language “When the last living survivors of massacred Indigenous tribes are fighting to save their language before it dies when they do, and Native students are suspended for speaking in their own Indigenous languages, mirroring the abusive US boarding schools that tried to wipe out Native American cultures up until the 1980s, it’s clear that not every person who speaks English does so by choice.”

Usually, when elements of the dominant culture are absorbed by minorities, it is seldom by choice.

Cultural exchange becomes cultural appropriation when the people whose culture is being “borrowed/appropriated” is left out of the discussion.

For example, it’s when Valentino uses traditional African hairstyles for their new collection, while having no black model on the runway. It’s when Urban Outfitters uses Native American inspired designs, without any regards to the significance of such designs, and without giving credit to the people who originally created them.

Basically, it boils down to taking without asking, dismissing the possible meaning of the elements being appropriated, and most of all, forgetting the creators.

Why is it such a big deal nowadays? 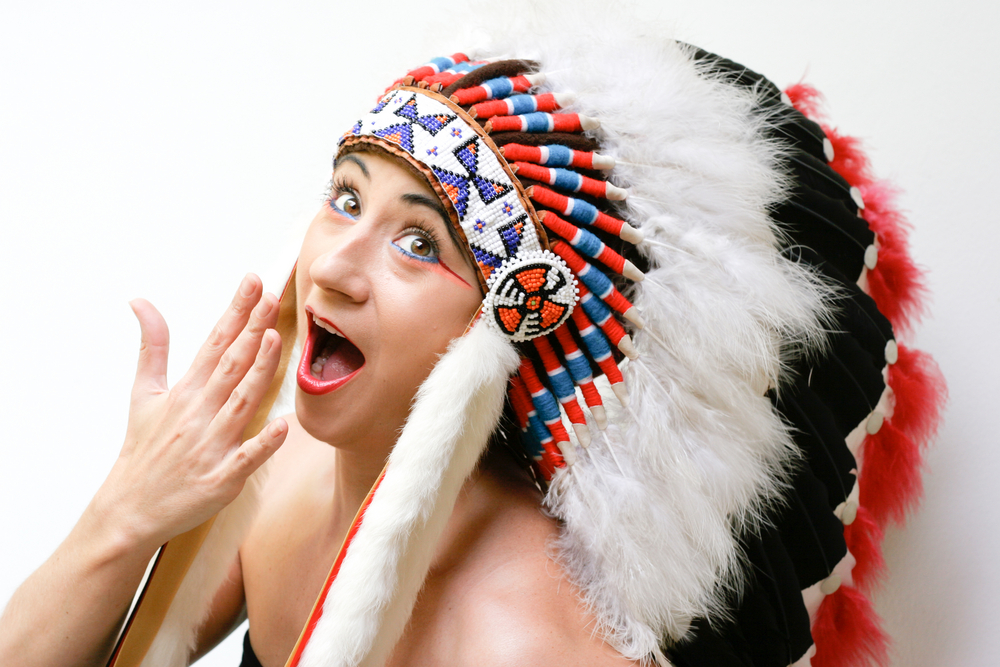 According to PBS, “The concept of cultural appropriation may seem, at first glance, like yet another way we are constructing barriers between people at a time when we desperately need to be building bridges. But, as we look more closely at the entrenched inequality in the history of cultural exchange, it becomes clear that the term “cultural appropriation” is simply giving a name to the exploitation that has always existed and continues to this day”.

Cultural appropriation is about naming a phenomenon that is not at all new, but has been going on since colonization. Whether we are talking about objects stolen and now displayed in European museums or aspects of the culture, the logic behind it is the same.

Nowadays, discussions about power dynamics (whether it’s about gender, class, race, etc.) have left the sole reign of the academic world and made their way into the public debate. Basically, it’s become a mainstream issue. Nowadays, more and more people get called out for doing something that has always been done, but has now stopped being acceptable.

How to avoid cultural appropriation 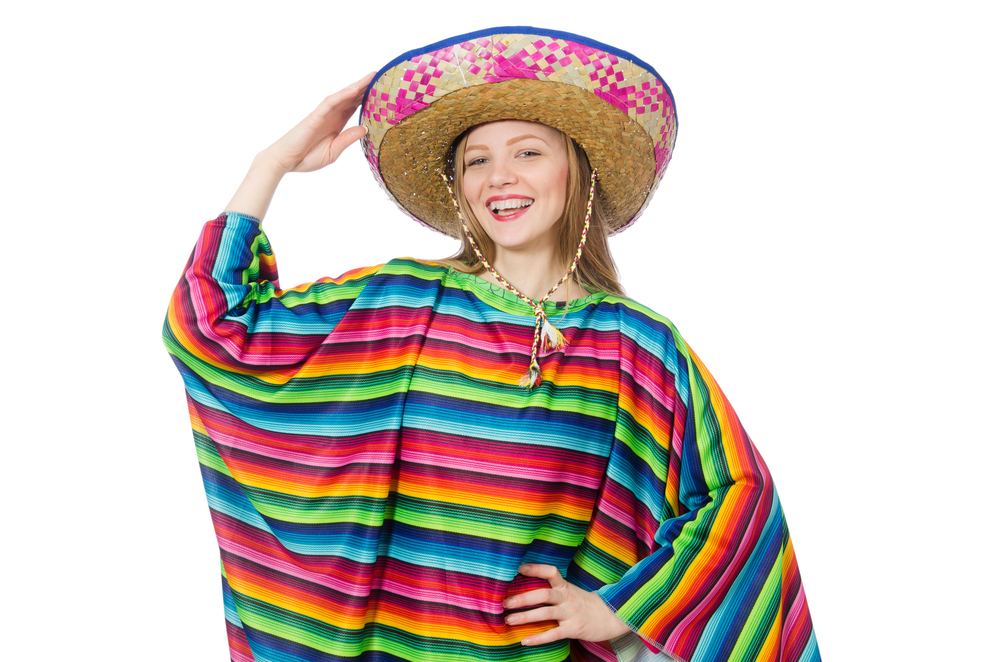 When you’re travelling things can get a little complicated. Because you are immersed in another culture and you probably want to engage in that culture. Therefore,  it might seem hard not to borrow, and thus, appropriate from this culture. But you need to be mindful in order to appreciate, and not appropriate.

Here are a few practical situations which can seem sensitive:

I want to take part in a celebration or cultural tradition:

Taking part in a traditional or religious celebration can be acceptable depending on whether or not you were invited to join. If you were invited to participate by locals, then by all means, take part! Many people you meet throughout your journey want to show you their culture and traditions, and it can sometimes be rude to refuse.

But just because you were invited doesn’t mean that you can do whatever you want. You might not know the rules, and you definitely don’t want to make anyone uncomfortable. So, engage as a humble guest, with respect for the traditions and never as a joke. And if you want to take a few pictures, it is essential that you first ask for permission.

I want to buy a souvenir:

First of all, try to only buy from local artists or artisans. You want to support the local population and not big corporations making money using traditional symbols without giving back to the communities they originated from. If you want to be respectful and support locals, then spend your money accordingly!

I want to engage in the culture:

If you truly want to engage with the local culture, then first, try to learn as much as you can before your trip. This will allow you to understand a few rules and avoid offending anyone. You want to be as respectful as you can be, and you can never guess what the cultural rules are going to be. If you engage respectfully, then you have the possibility of having  an equal exchange.

Outside of these practical examples, there is a risk of cultural appropriation in many other situations. In order to appreciate without appropriating, here are a few things to keep in mind:

If you are able to ask yourself the hard questions, then you will be able to navigate cultural exchange without appropriating. And when in doubt, either ask, or just refrain. Avoiding cultural appropriation doesn’t mean that you can only experience your own culture, it means you respect others and their traditions enough to view things from their perspective, and yes, sometimes, abstain from doing certain things.

The main advice that I can give you is, learn and next time, do better, because in the end, it’s never been about you. According to Maisha Z. Johnson, “It’s about a centuries’ old pattern of taking, stealing, exploiting, and misunderstanding the history and symbols that are meaningful to people of marginalized cultures. The intentions of the inadvertent appropriator are irrelevant in this context.”

So let’s educate ourselves, and eventually, we will collectively manage to do better!