You’re young, you’re feeling adventurous, you want to travel the world, but as most young people, you might not have a lot of money to fulfill your dream. Some people have found a way: in the last few years, a peculiar trend has been spotted, mostly in South East Asia and to some extent in South America: begpackers.

The term begpacker comes from the terms “to beg” and “backpacker”. A begpacker is usually a young, white, Western tourist, begging for money in the streets in order to fund their travel.

Some of them are performing in the streets or in the subway, others are selling photographs or jewelry. But most of them are simply begging for money in order to continue their travel or to pay for a ticket home.

If most locals just find it strange, some are increasingly irritated by this trend. The problem with begpackers is both economic and legal, but it is also a moral issue.

tourism is a livelihood 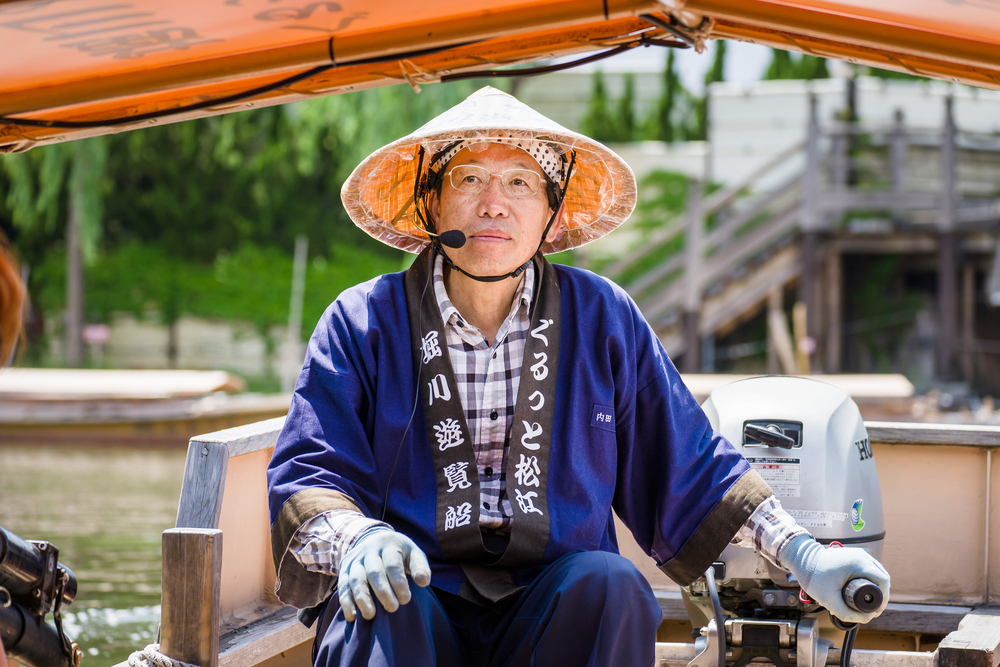 The point of tourism, especially in developing countries, is to improve the life of the local population by bringing money into their economy. This industry is vital to many families in order to put food on the table.

In the areas where begpackers are most often spotted, tourism is at the heart of the local economy. For example, according to a New York Times article, “More than half of Bali’s economy depends directly on tourism, and a quarter is engaged in tourism-related activities, such as transporting visitors and supplying food to hotels and restaurants.” Travelling is supposed to be a win-win for both the tourists and the locals: tourists can enjoy the country (in which they can usually easily enter thanks to their Western passport), as long as they are willing to support the local economy by spending at least some cash.

Which is one of the reasons begpackers are so vehemently criticized : instead of fueling the local economy, those tourists are taking from it. When people from rich countries are begging people from developing countries for money in order to pay for something that is commonly considered a luxury, they have clearly crossed a line in terms of decency.

is it even legal to begpack? 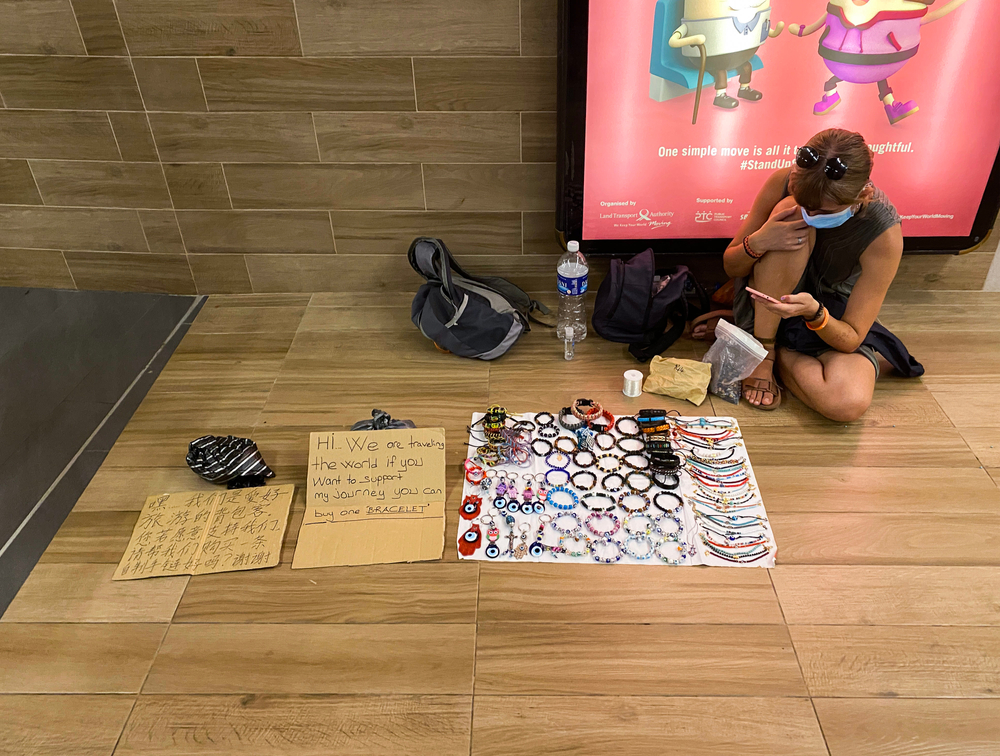 Begging in the streets is illegal in most countries, and busking or selling usually requires a specific permit. In any case, working and making money on a tourist visa is always illegal. So, in addition to not playing the game by not participating in the local economy, begpackers are breaking the laws of their host country.

In Thailand for example, it is not allowed to beg for money in the streets. According to a Bangkok Post article : “Under the law, those proven to be foreign beggars will be deported and beggars who are Thai nationals will be forced to undergo a rehabilitation programme that includes occupational training”, Social Development and Human Security Minister Adul Sangsingkeo said.

In order to avoid seeing more begpackers, several countries have taken measures to put a stop to this trend. Now, whenever you enter Thailand, you might have to prove that you have enough money to support yourself during your trip. In Bali, the government has taken other measures. According to immigration officer Setyo Budiwardoyo in an article in the newspaper Detik, “Foreign tourists who run out of money or are pretending to be beggars, we will send them to their respective embassies”.

But it is not just about whether or not it is legal. If begpackers are so heavily criticized, it is mostly about ethics. 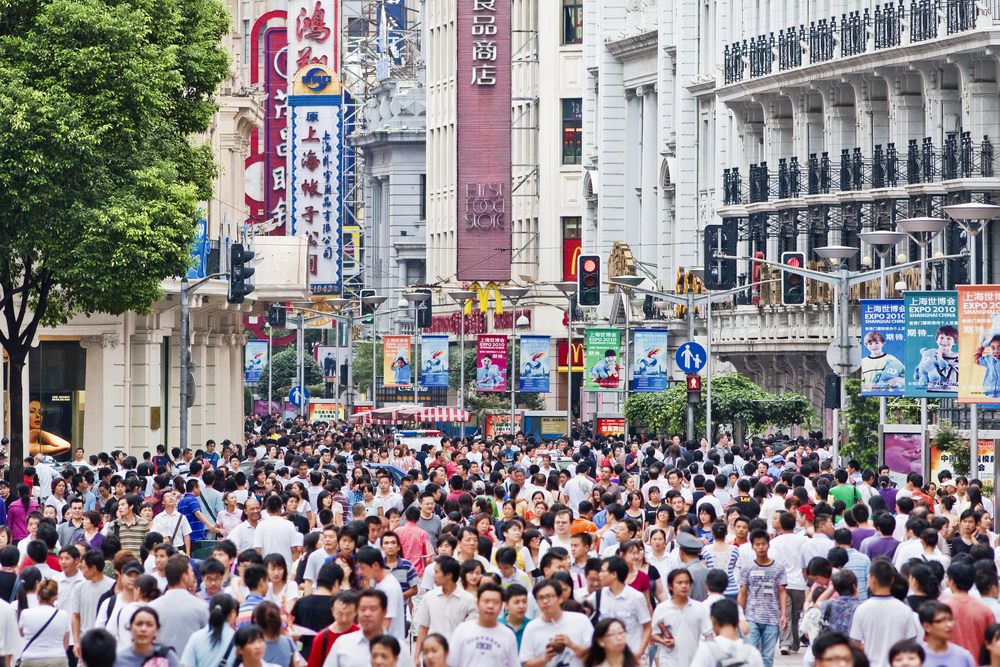 Begpackers are often from countries which are richer than the ones they are begpacking in. They purposely ignore the fact that locals who are begging are doing so in order to survive, while they are doing so to fund a holiday. So let’s state the obvious: travelling is great, but it is not a basic necessity and you do not need to do it in order to survive.

Perhaps it is best said by Maisarah Abu Samah, a young Singaporean woman in an Observers article: “We find it extremely strange to ask other people for money to help you travel. Selling things in the street or begging isn’t considered respectable. People who do so are really in need: they beg in order to buy food, pay their children’s school fees or pay off debts. But not in order to do something seen as a luxury!”

Begpackers should know that the money they receive should instead be going to people who need it far more.

Indeed, as Majda Saidi says in an Medium article : “Choosing to beg to travel (reminder: here, travel is a luxury, not a necessity) in countries where the cost of living can be lower than the one of your home country, next to locals who beg to survive, regardless of the laws of those countries, racial problems or even the often difficult history of these countries with colonialism, is to choose to live a utopia in a total lack of respect for the host country and its inhabitants. It’s just insulting!” 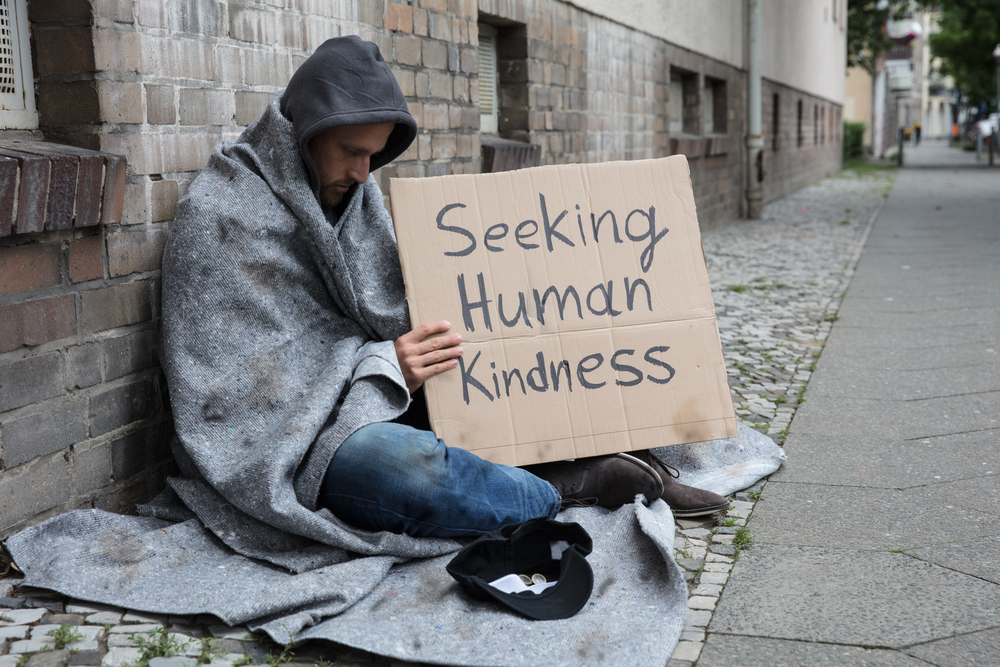 Yes, it all comes down to that: white privilege. According to Luisa, a Malaysian woman cited in an Observers article, “Unfortunately, there is still discrimination and racism directed at people who aren’t white, while white people are worshipped. It’s a colonial legacy. These begging tourists would have been treated completely differently if they weren’t white — proof lies in the way we treat non-white migrants here.”

When you have a passport which allows you to travel easily to many countries, you might not realize how much of a luxury travelling actually is.

Which is why some travellers might not understand that in order to be fair, they need to spend their money in their host country. They might not realize that because of their origin and most likely the color of their skin, they might be above a few laws ( tourists are not being deported from Thailand for begging for example). And they might not even see that they are in an extremely privileged situation, which is why they think it’s ok to beg for money in a country where beggars are actually in need..

So, if you are thinking about travelling without any money, take Majda Saidi’s words into account : “To live as the poorest in a given country, to experience their suffering by choice and to know that you can stop the “experience” when you want, is the very definition of a privilege. There is nothing honorable about pretending to be poor to make yourself interesting. Honourability is to recognise and understand one’s privileges.”